Between the Mountains and the Sea: The History of Santa Barbara, the American Riviera

Santa Barbara, sandwiched between the Santa Ynez Mountains and the Pacific Ocean, is rich with good weather, beautiful scenery and a breezy, coastal ambiance, but when did it all get started? 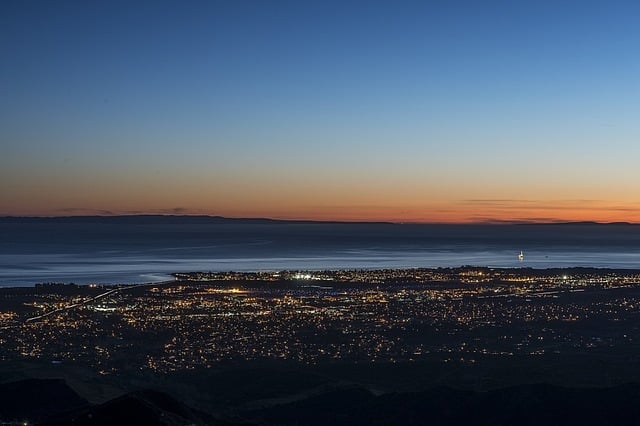 Evidence suggests that habitation in Santa Barbara began at least 13,000 years ago. In 1602, Spanish maritime explorer, Sebastián Vizcaíno, gave the name “Santa Barbara” to the now-known channel and also to one of the Channel Islands.

Spanish missionaries and soldiers under Felipe de Neve were the first permanent European residents in Santa Barbara, who came in 1782 to build the Presidio. They brought their families with them, spreading Christianity to the natives and establishing adobes throughout the small town. Eventually, the mission was established on December 4, 1786. Now one of the most visited structures in Santa Barbara, this structure was actually destroyed (along with the rest of the town) during the 7.1 earthquake in 1812.

Rebuilt in 1820, the structure still stands as it was today, and the end of this Spanish period left Santa Barbara with many of its current street names, including De La Guerra and Carrillo, named after citizens of the town.

Santa Barbara officially became part of the United States in 1848 after the Treaty of Guadalupe Hidalgo. English gradually took over Spanish, and it became the official language in 1870. Another earthquake, this time in 1925, would demolish much of the downtown area, but ultimately led to an architectural remodel, including the infamous Santa Barbara Courthouse.

The Spanish Colonial style buildings have stuck throughout the city, and the population has continued to increase over time. Currently, it is estimated that over 91,000 people occupy Santa Barbara, with five higher education learning centers, local government and its own municipal airport. Perhaps most notably, the American Riviera residents certainly enjoy the majestic views and accessibility to the surrounding mountains and ocean.